Every year we try to spend some time ice climbing and this time we choose for our destination Val di Cogne. But first we decided to “warm up” in Maltatal. Not bouldering, even though conditions were perfect, we just went testing our new ice axes. Waking up early in the morning is necessary if you want to be the first in your climb but even though we were sleeping under the ice fall we were not the first to enter in it. There was too many things falling down so we just went to another one. Good choice and we had a great time in it.

Three days sleeping in the car without heating was enough and we were ready to go to Cogne. I went there for the first time and I was surprised how cool it looked. Granite boulders everywhere and again we didn't have a crash pad with us. Why??? 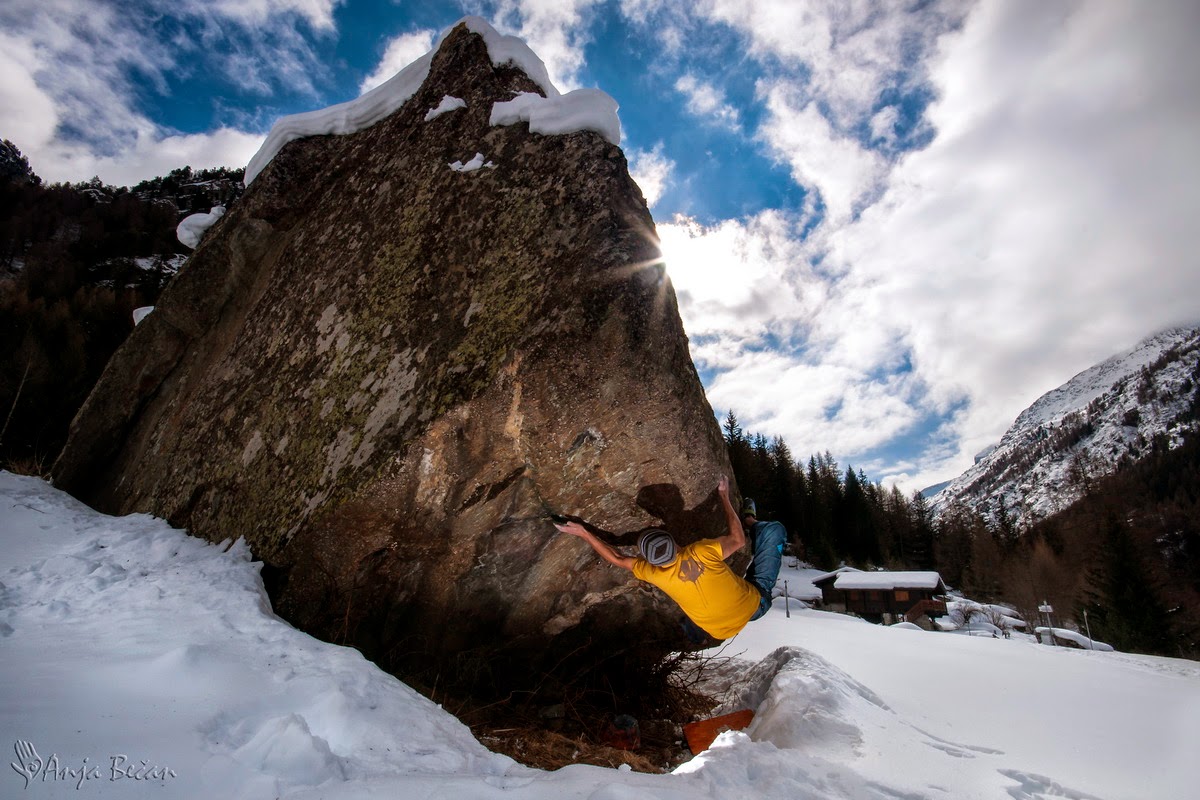 There is also around 150 ice falls there but some are too far away in the mountains, others were not done enough or there was just too many people in them. Anyway we had a great week of climbing in ice and for the rest days I went bouldering. 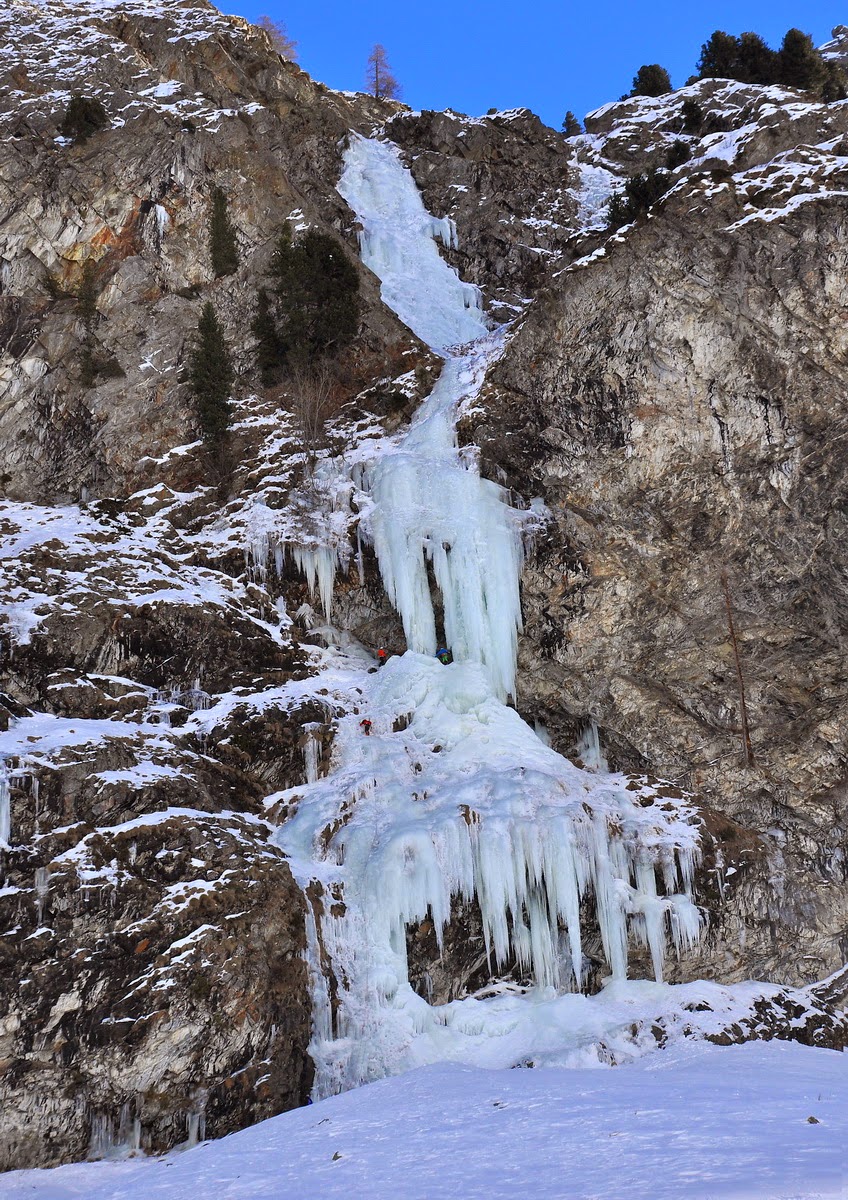 Weather was getting warmer and every day we had less ice to choose from. Plan B was dry tooling in small rock just outside village Cogne. Fun, but still I think I don’t like this so much. 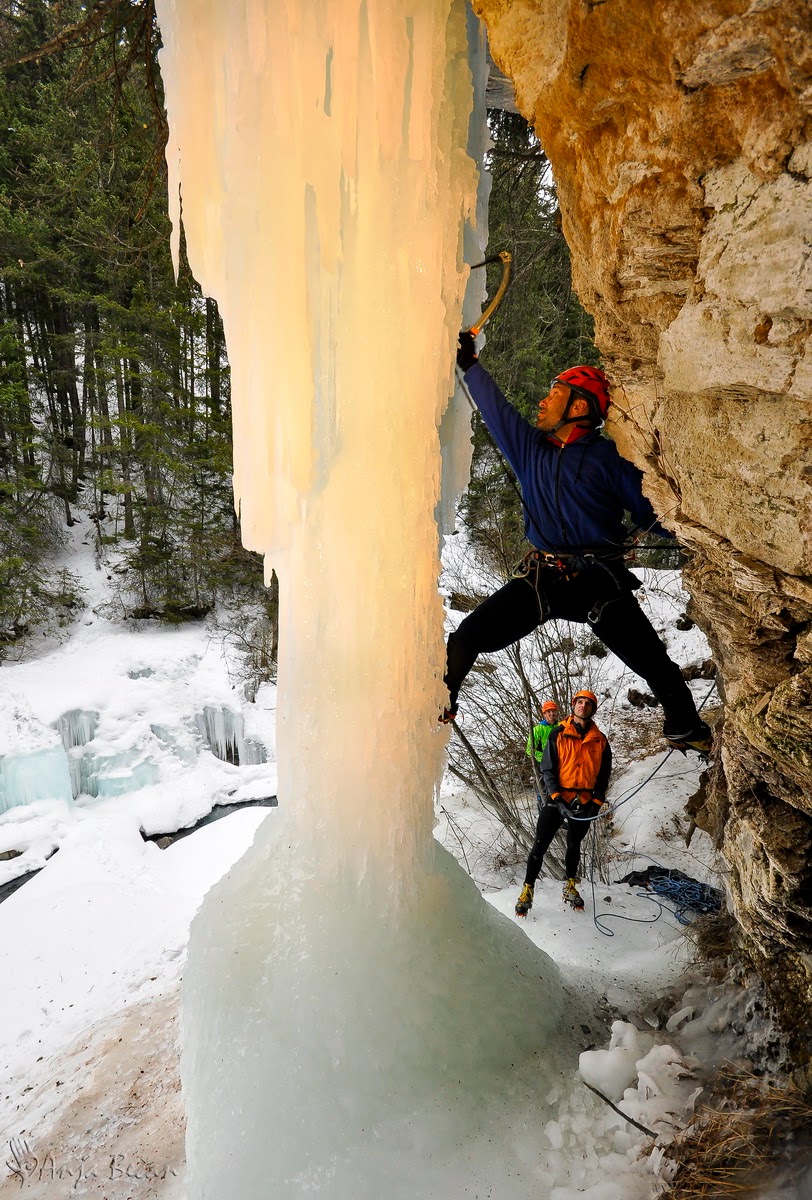 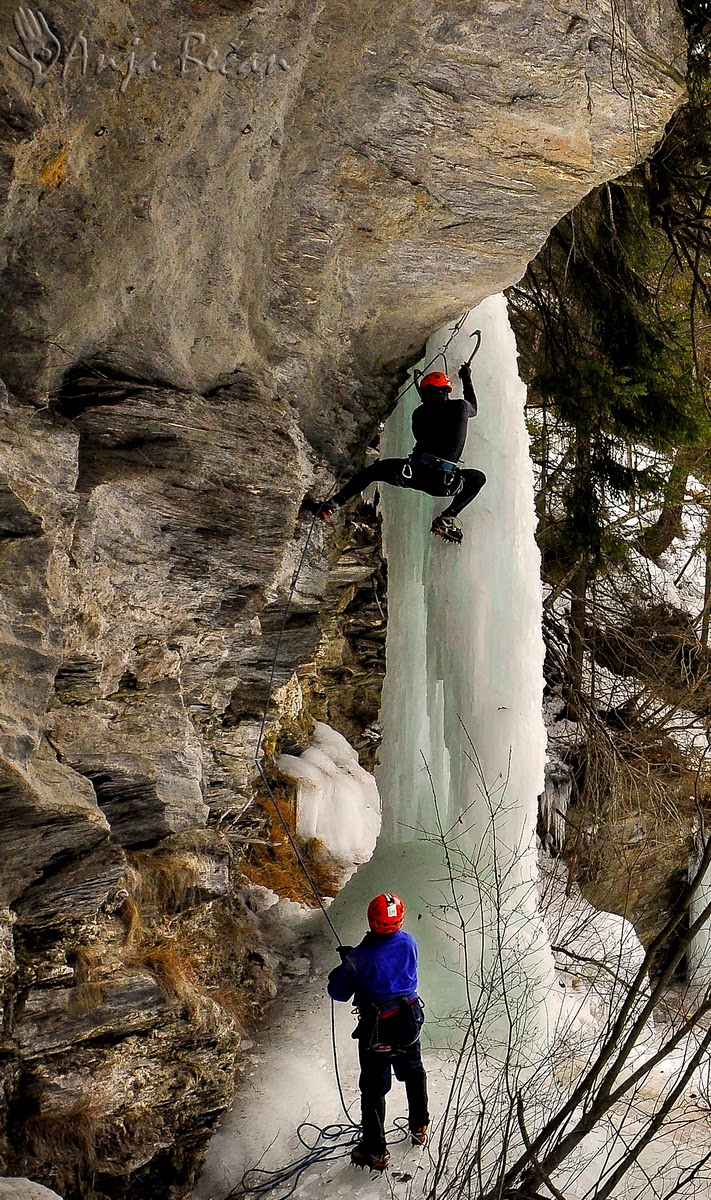 Higher up the valley ice was still good so we decided to do something with a bit longer approach. Idea was to try "Repretence" but there was already too many people in front of us. Not cool when you wake up super early, walk for two hours and then you are not able to climb what you want. Luckily there was another ice fall just next to it and nobody was climbing it. It supposed to be easier but I don’t agree with this. "Monday Money" was much harder than anything else we have done in Cogne.   Another great ice we climbed was "Patri". Good ice, not to cold, not too hot and with some sunny parts in the middle. We liked it so much we had to do the last pitch one more time on top rope just for fun. 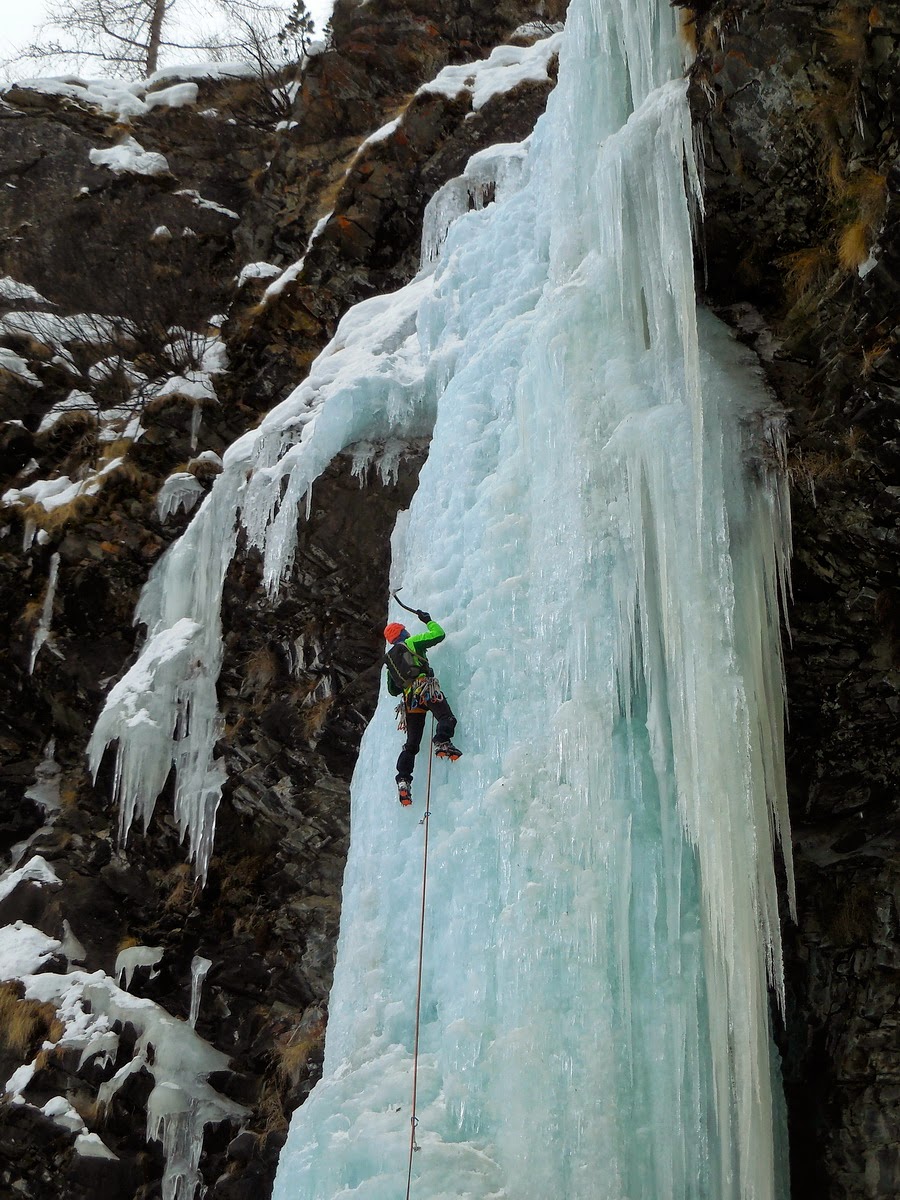 The last day we were idealess what else we can do so I decided to try some more of dry tooling. I went for the route "Jedi Master" M11 and I had better time in it that I thought I will. Strange, also this can be pumpy fun. It’s a strange feeling climbing in rock with ice axes but here I think is no other way. Still when I reached the ice I was feeling much better. Unfortunately I couldn't convince anyone to follow me up there so I had to finish climbing after the hard pitch. There is still one more easier pitch to do at the top but this will have to stay for the next time.

While I was finishing climbing there was a big avalanche on an ice fall just next to us. Luckily two climbers just came out of it and another two were above it so nobody got hurt. After seeing this we packed our staff and go back home. Too scary for us and this was probably a sign we have to go back to rock climbing.